A coral reef with several tunnels which are possible for you to swim through. At the depth of 14m there is a small safari ship wreck, providing shelter for morays, lionfish, shrimps and slugs.

As the name itself indicates, this lively horseshoe shaped reef is the site where dolphins can be found. The first reef is complex, with the tunnel and hole system. You can meet morays, rays, sea basses and sharks here. On the eastern side there is a drop off, falling down into the depth of 80m.

A coral reef with platforms on both sides. Very interesting dive site for technical divers. At the depth of 85m there is a huge safari ship wreck, and at 40m there is a cave. Pleasure divers will find abundant fauna and flora here.

Dive site suitable for experienced divers only. A very beautiful reef with platforms on both sides, but it is treacherous because of the currents. We can see several species of shark, manta, turtle, octopus… At the depth of 60m, at the southern end of the reef, there is a big arch. The legend says there is a hidden sarcophagus of an unknown Pharaoh, and divers have been reporting on a rectangular object set with corals.

Reefs surrounded with a wonderful coral garden and a small cave system. There is also a wreck of a small ship which sank during the fire in 2004. You can see a lot of coral fish, sometimes even barracudas and sharks.

The ferry wreck, approximately 100m long and 18m wide. Since 1991 it has been lying on the starboard at the depth of 10-30m. It is a very impressive wreck and so is its story. 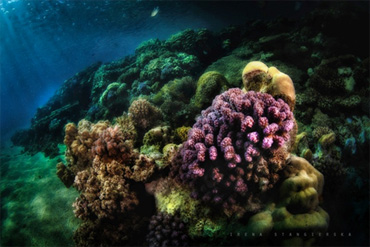 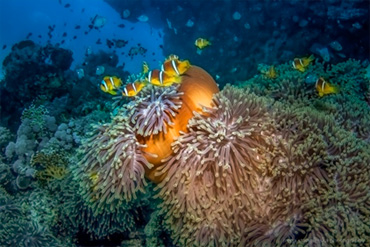 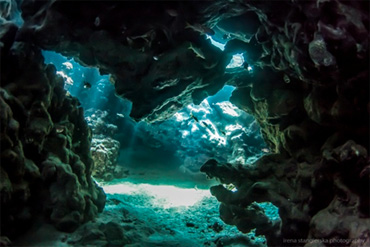